The Club held its AGM in person(!) this year, at the Charwood Grill last Thursday evening. Read on to find out who was awarded the Gullane Rock this year, and who your new committee are ...

Interlopers' AGM was held on Thursday 23rd September at the Charwood Grill in Edinburgh. Unlike last year we were able to meet in person, and a score of club members took th eopportunity to meet up.  Chairman Colin presented his thoughts on the previous year, then Treasurer Robin announced that the club had made a loss(!), due to only having a single event in the 2020-2021 financial year because of COVID. However the club still has plenty of reserves so no need to panic.

The new committee bears a striking resemblance to the last one, with only 2 changes: Lorna Eades will now be sole social secretary as Jane Carcas has stepped down, and the post of Junior rep is currently open.

Club Secretary John then announced his nomination for the Gullane Rock for this year with the following citation:

'My nominee for the award of the Gullane Rock for 2021 first became involved in orienteering in 2015 when her elder son became a member of the Club, along with other boys of the same age.  The following year she herself joined us, and by 2017 the whole family had signed up.

'Since then, she has become heavily involved in Junior Training, firstly with the Club, and later with the ESOA, coordinating training sessions at Local Events for a good-sized Squad of Juniors.  These activities, of course, have all been curtailed or non-existent during the COVID-19 pandemic, and it will take time to build up Squad numbers again.

'Another facet to my nominee has been her success in negotiating with her employer, Registers of Scotland, for the award of a generous Development Grant for the Club.

'Hence I feel sure that you will agree with me that my nomination of Katherine Ivory for this year’s Gullane Rock award is fully merited.

Well done indeed to Katherine for all her hard work co-ordinating junior training across ESOA, and other orienteering activities. 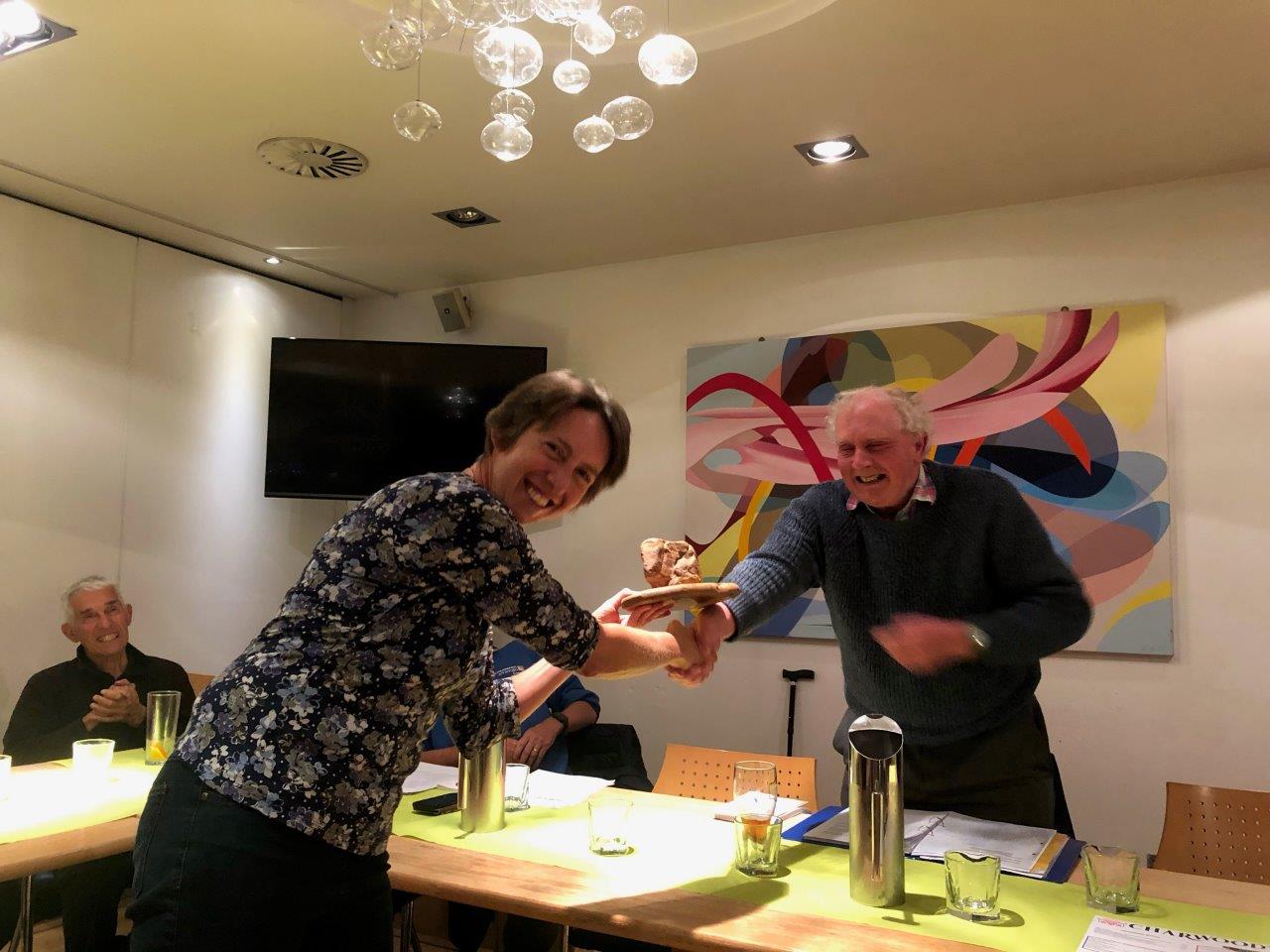 This functionality requires the FormBuilder module